In this project we have used the file  Palace ceiling 49. Thi design was made based on the painting of the German artist-architect of the Flemish school - Leo von Klenze.

This work Leo von Klenze dedicated the discovery of Kul-Ob in Kerch in 1830. On the ceiling depicts the serpent goddess Api. The Greeks believed, that all the Scythians originated from this goddess and Hercules. And so, Leo began to portray her everywhere, but rather fantastically. This work is the visiting card of the famous artist.
In our catalog you can find a few more files from the series of ceilings Leo von Klenze.

This High-resolution file is suitable for printing on large areas. The ceiling area of the presented project is 16 square meters. 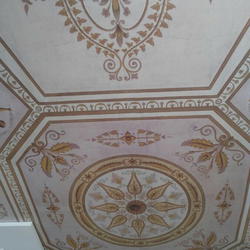 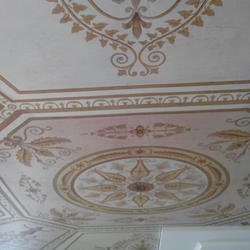 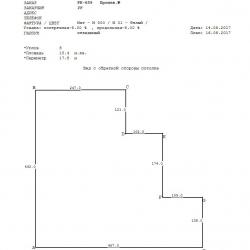 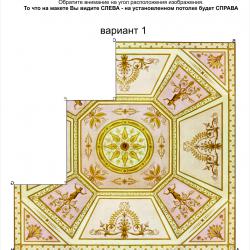 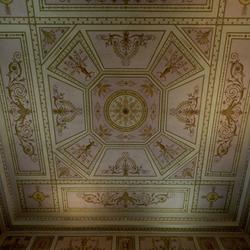 When you ordering a stretch ceiling with photoprints, it is necessary to have in mind, that the color of reproduction of your monitor may not correspond to the settings and calibration of colors on professional plotters. So, it's will be best to do PRINTING TEST.

PRINTING TEST - is a printed fragment in a scale of 1 to 1, allowing you to see the color and the image quality to the size of your canvas.

Without PRINTING TEST, the customer assumes all responsibility for color reproduction and the quality of selected image, and claims will be not accepted.

The first PRINTING TEST is free of charge. Also we can send you video from our workshop.